Port-au-Prince, Haiti, June 10, 2010 -- On the occasion of Children’s Day on June 13, 2010, Li, Li, Li! salutes the courage, spirit, and determination of the Haitian children who are victims of the January 12, 2010 catastrophic earthquake. Five months after the earthquake, Haiti’s displaced children continue to live in transitional settings such as tent and sheet camps still lacking in basic services such as drinking and bathing water, sanitation services, privacy, security and protection from violence, waterproof housing, free public schools, and other essential elements to the survival and psychological well-being of children.

Li, Li, Li! Reader/Animateurs read to approximately 3,000 children per month in dozens of camps including in Port-au-Prince, Leogane, Pernier, and Tabarre. We are still observing children living in heart-wrenching conditions in camps that have been visited on numerous occasions by international organizations but to date have not received basic assistance. We observe on a daily basis children with signs of gross malnutrition, listlessness, exhaustion and post traumatic stress syndrome. We make special note of the daily emotional trauma experienced by the children who live in the makeshift shacks in Marche Tet Bef along Grand Rue – the site of one of the worst and most visually stunning devastation – who are forced to view these horrific cinema-like images on a daily basis.

Children in the camps are often victims of or witness to violence, including rape and robbery, various tactics used to move camps off private and public land, and some are victims of violent forced evictions. The recent assaults by United Nations troops and Haitian police against demonstrators in the Champs de Mars area caused children in the camps there to be gassed and hit by rubber bullets.

We take this opportunity, at the start of the five-month hurricane season, to praise the camp councils for their endless efforts to secure assistance for their camps, and those local and international organizations and Haitian government agencies that are providing services to Haiti’s children. We call on Haiti’s government and all stakeholders to accelerate their response to provide meaningful and essential services to Haiti’s displaced children in a timely and cohesive fashion and in line with the United Nations Guiding Principles on Internal Displacement. Finally, Li, Li, Li! points out that Haiti’s future greatly depends on how its children are treated today.

For more information on Li, Li, Li! program in Haiti please visit website at http://www.LiLiLiRead or write us at LiLiLiRead@gmail.com  Photographs available to the press. 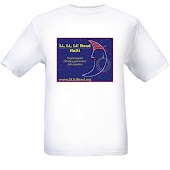 See slideshow of our reading sessions!

In the midst of such sadness and turmoil, why read to displaced children who live in tents and fear the rain, like the passionate Haitian readers of the Port-au-Prince-based Li, Li, Li! (Read, Read, Read!) program do every week?

Excerpt from "I Used To Love The Rain" And Other New Fears Of Haitian Children by Author/Professor Edwidge Danticat, Huffington Post, Sept. 15, 2010